What are the Techniques for Laughter Yoga? 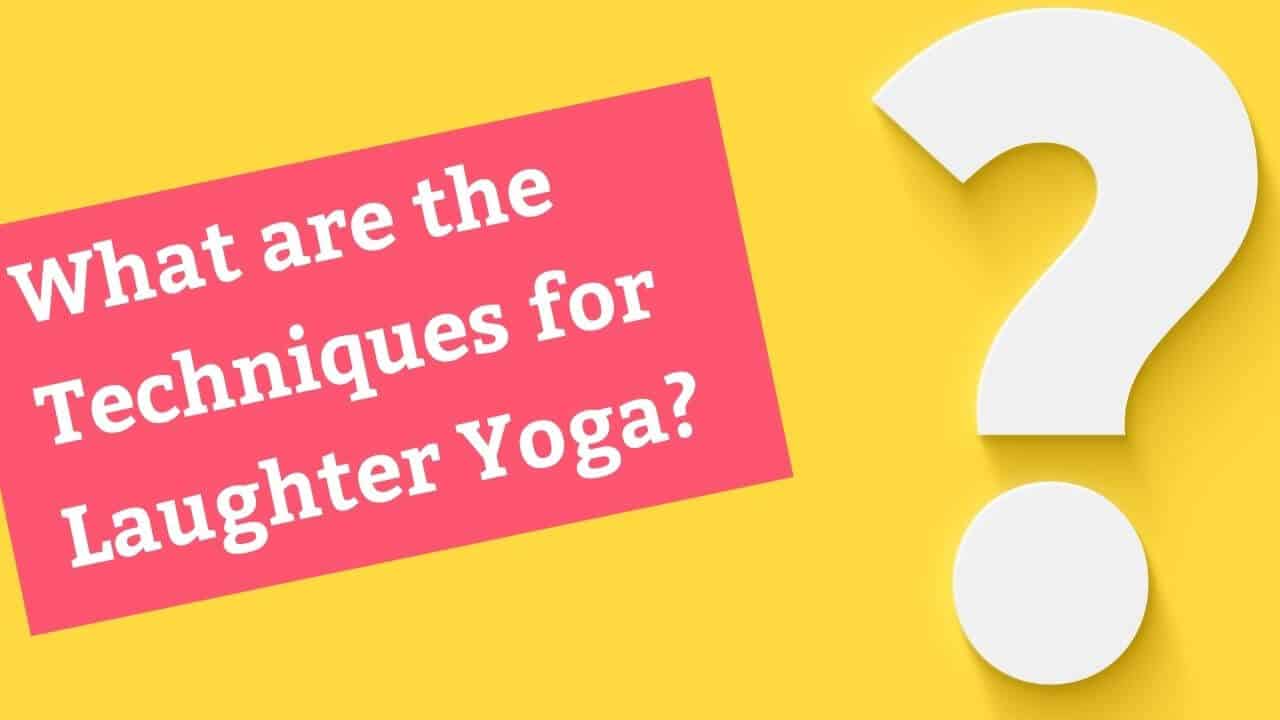 Laughter yoga is becoming a new norm in many places across the globe. The simplicity of performing this exceptional workout attracts people of all ages, and the benefits of laughing yoga are many. However, a good number of these people have no idea behind this concept.  They cannot understand how one can laugh without fun or humor.

You might be one of these people too. In a simple explanation, laughing yoga focuses on stimulating laughter. You use a series of techniques to stimulate people into a laughter session. Even though it begins without something funny to make the participants laugh, it ends with a powerful laughter

Here are the four power techniques for laughter yoga:

The first technique in this yogic type is rhythmic clapping. When the club members meet, the yoga instructor guides them through a clapping session. The yoga coach will come up with a certain clapping rhythm and teach it to the participants.

In most cases, the 1-2, 1-2-3 clapping rhythm is the starting point. As they clap, the instructor introduces a rhythmic sound with laughter stimulation or similar to that people produce when laughing. For instance, you are clapping while saying Ho-Ho, Ha-Ha-Ha and doing the activity in 3 series.

By the end of the rhythmic clapping, members start laughing, which achieves the session’s goal.

As the term suggests, laughter yoga is a particular type of yoga. Another name of yoga is breathing. So, any yogic technique must involve some breathing sessions, and this one is not unique either. When taking part in the laughing session, members engage in shorter inhalation and long exhalation exercises.

But you might wonder what the relationship between breathing exercise and laughter is. Unlike the typical breathing session in yoga, this technique introduces an aspect of intentional laughter. The participants perform shorter inhale and laugh down as they exhale.

In other words, you fake a burst of laughter as you perform the breathing sessions. The simulated laughter act as a feel-good hormone stimulates, which is the sole purpose of techniques in exercise.

Do you desire your childhood days? Probably, your answer is yes. Childhood life always has the best memories. You recall the games and activities that always made you happy and fulfilled.  For instance, some childhood chants stimulated laughter and gave you a feel-good moment.

In this yogic technique, go back to the childhood day and engage in childlike playfulness sessions. For example, you select childhood chants like “very good. Very good. Yay!” and couple it with a clap and lifting your hands.

When clapping, you chant “very good. Very good”. When saying “yay!” you lift both hands. This way, you stir up the child in you, resulting in a joyful and happy moment.

The purpose of the Laughter yoga is to stimulate a peal of laughter among the participants without cracking a joke or doing something funny. This laughing yoga technique involves everyone moving around and greeting each participate while faking a laugh.

The result of this faked laugh is a burst of real laughter in the room. Remember, your body cannot distinguish between a burst of real and fake laughter. So, it will respond the same way in both cases.

You now understand the different techniques for laughter yoga. As you can see, the objective of this exercise is to induce laughter among the participants. The laughter pops up naturally without any funny thing or joke. If you can get a group of friends willing to join you for a laughter session, or a laughter club you can consider one of these techniques.