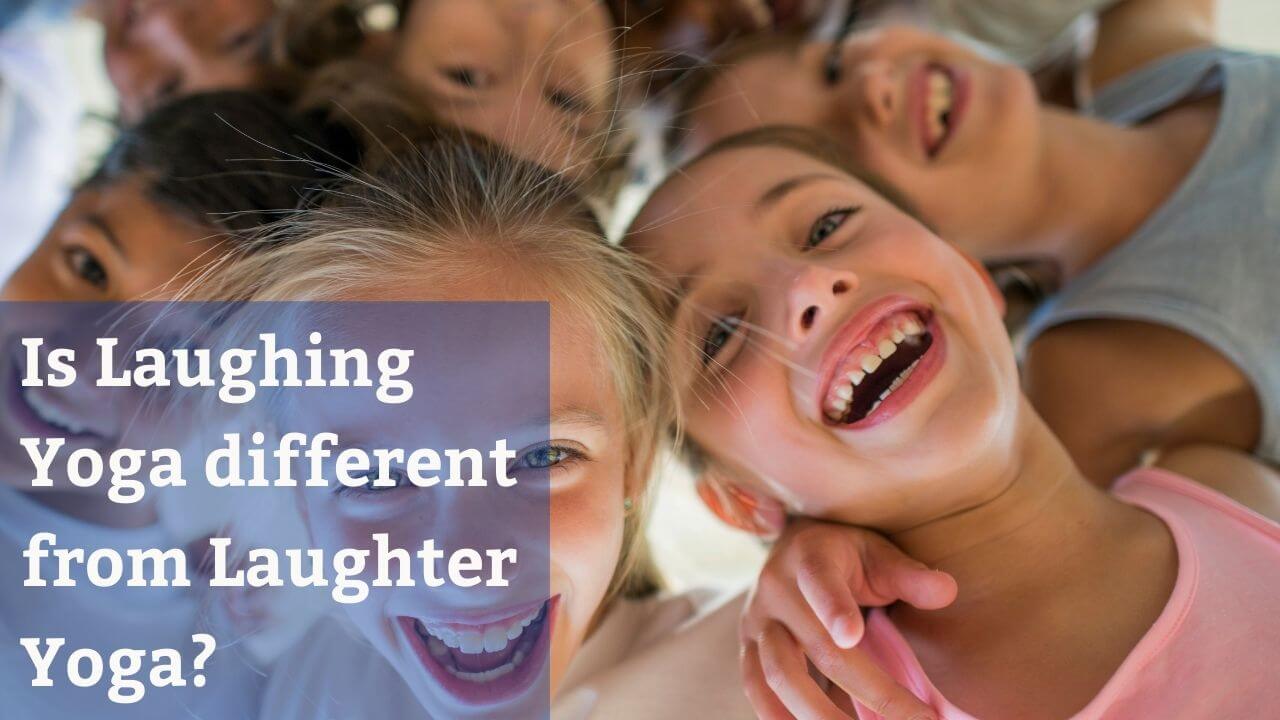 Yoga is now a common practice worldwide. It’s a source of therapy or overall mental, physical and emotional well-being for people. The use of laughter in the regular yoga sessions brings a sense of closeness and joy to the participants. Since its introduction by Dr.Katarai and his wife, laughing yoga has also been referred to as laughter yoga in multiple cases. Yoga teachers and coaches alternate the use of both names while talking about the yoga practice. So, what are the differences between the two practices?

Laughing yoga consists of breathing exercises and movements that allow you to relax and stir happiness within you. Unlike traditional yoga, laughter forms the basis of the exercise. This yoga offers several benefits to the body as well as a different way of viewing life problems of circumstances.

It has an entertaining and playful feel compared to regular yoga. Physical classes are more social and interactive, thus developing a communal feel among the participants. Laughing yoga teaches you how to induce your own laugh or find joy without relying on others. It’s a great mood lifter, stress reliever, better your body systems, and more.

Like laughing yoga, laughter yoga also involves a series of exercises incorporated with voluntary laughter. It contributes to the body’s wellness and leaves you happy and with a more positive outlook.

How different is laughing yoga from laughter yoga?

As earlier noted, these two terms are used interchangeably to mean the same thing. A coach may mention laughter yoga during a session, which may leave you confused. This is because the ‘laughing yoga’ term might have been mostly used when enrolling for the class; hence, it’s familiar. There’s no clear difference between the two, so it’s clear to use ‘laughter yoga’ instead.

However, digging deeper, laughing yoga is explained as a type of laughter therapy. Some experts use it in place of laughter therapy to show they are similar. Though both have the same benefits, laughter therapy is common in healthcare facilities for patients or the aged who use it to promote the healing process. It also involves the use of movies, comedies, funny stories, or humor to inspire laughter. This reason is a major contributor to the difference between it and laughing yoga. Unlike therapy, the laughter simulation in the latter is internal and not influenced by external things.

Having mentioned that, it is clear that laughing yoga is more connected to laughter yoga. Both talk about the body-mind approach to laughter. They have similar advantages, and the bouts of laughter are voluntary and prolonged.

So, having ruled out any differences, how is laughter yoga done?

The yoga is mostly performed in groups, but some people do it individually via online classes from their homes. The coach takes you through the breathing exercises and later introduces the laughing techniques. There is clapping and chanting of positive affirmations at different times in the session. Deep breathing is also part of it, and meditation and stretching come towards the class’s end.

The increase in laughter yoga studios and participants clearly indicates that the practice works. Incorporating laughter plays a huge role in connecting people considering laughter itself is infectious. This type of yoga forms a connection between the body and mind, creating a good overall feeling in the end. Research has shown that people are happier, calm, and positive after each session.

The two yoga techiniques have no differences. Both refer to the practice of combining laughter with breathing exercises and stretches to create a good feeling. Yoga instructors use them in place of the other but mean the same thing. They have similar benefits for individuals and are a great way to have fun, learn and laugh.

I hope to laugh with you soon. Find me on LinkedIn.