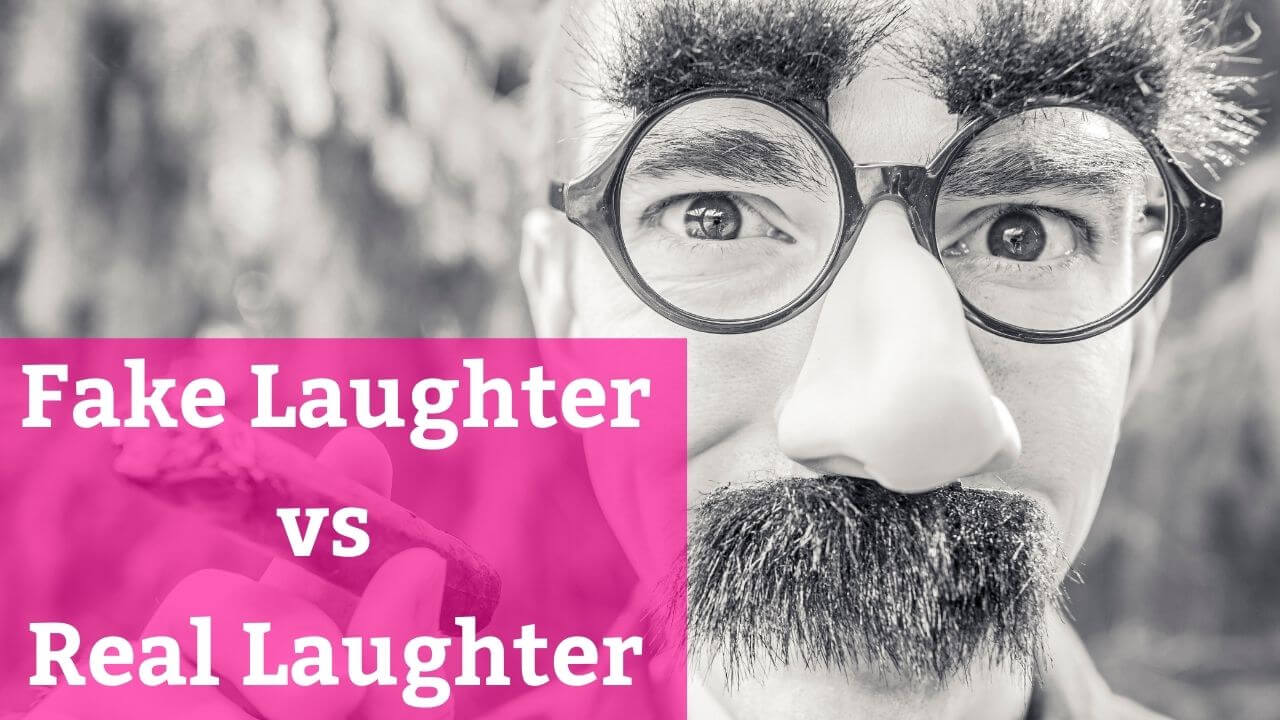 There are two main laughter categories are real and fake laughter. Fake laughter vs real laughter, which is more prominent? Anyone can make both; for example, you can push yourself to laugh because others do the same. Also, you can laugh with genuine emotions because you understand or find the joke funny. A real laugh is sincere and longer than a fake laugh. Both laughs are used for different circumstances and purposes. How you sound when laughing depends on the tonal variation affected by mood.

Laughter is a crucial social signal that creates a bond between people. Alternatively, it improves your moods and creates a good feeling within you. It’s one thing that everyone can participate in and is observed across the world. Kids tend to laugh more than grownups, but the result is the same

Differences between fake and real laughter

Both forms of laughter have factors that distinguish them from each other. This is why most people can easily pick on a fake laugh.

Duration of the laugh

It’s the primary distinguisher of fake laughter vs real laughter. In other words, we can term duration as the number of breaths taken between sounds. There is more breathing during fake laughing compared to genuine laugh. In addition, you need more effort and concentration to produce a fake laugh. A real laugh is clouded with emotions and is continuous. Fake laughter involves several breaks or pauses. So, what you notice when with a group of people or an individual is the sound breaking. Vocal muscles control both kinds of laughs. However, the set used by each varies; that’s why one causes continuous laughter while another gives broken sounds.

The ‘after feeling’ caused by the laugh

Generally, laughter is known to influence systems and hormones in your body. Genuine laughter has numerous benefits. One of them is the pleasant feeling of mild euphoria that it leaves in the body. It is triggered by the release of feel-good hormones like endorphins that help cope with internal or environmental stressors. After a great hearty laugh, you feel more relaxed and in a good mood.

As for feigned laughter, the feeling is entirely different. Researchers, however, mention that fake laughter has similar benefits to genuine laughter. But, this happens if the fake laugh progresses to an actual real laugh. Ideally, it’s exhausting to keep up with an act that is not really you. Likewise, always making feigned laughs is draining. Instead of filling up your joyful cup, it drains it, making you wish you’d leave the person or situation.

Laughter is something you really don’t think about. If the emotions are true and the situation is right, it comes naturally with no effort. Control or the lack of it is evident when explaining fake laughter vs real laughter. Genuine laughter portrays a natural eruption of happiness and is spontaneous. A real laugh can also be termed as a ‘belly laugh’ as it comes from the tummy.

Fake laughter is completely different. It comes more from the throat and sounds like a speech. Real laughter is uncontrollable like you can’t turn it on or off. You can control how much sound you produce with feigned laughter and its duration. Also, the ability to control the laugh limits your facial expressions, which again sells you out when with people. It is usually calculated and mostly for social appearance.

Laughter may vary from person to person. However, it’s perceived the same way globally. Using the differences above, it’s easy to distinguish between real and fake laughter. A genuine laugh is more inviting and emotional, unlike feigned laughter. However, you may portray both based on the situation you are in. Additionally, a real laugh is lengthy, uncontrollable, and leaves a good feeling, unlike fake laughter, which is exhausting.